Ahead of his middleweight title showdown with Robert Whittaker this evening, Israel Adesanya has found time to praise Tyson Fury.

The Last Stylebender takes on Whittaker once again, this time in the main event at UFC 271, fresh off signing his new and lucrative deal with the promotion.

However, he’s never been shy to admit he draws inspiration from Fury and his story that has seen him battle depression and weight issues to become boxing’s heavyweight champion of the world.

“I love his story. It’s phenomenal,” Adesanya told BT Sport. “I can’t wait for the biopic to come out. He’s a phenomenal human being, not just a fighter. I really admire what he’s done.”

Fury replied to the quote on Twitter showing his appreciation for the fellow champion.

Fury looks set to take on Dillian Whyte next with April 23 the targeted date and the Principality Stadium in Cardiff, Wales, potentially the venue.

Fury has always been open about his battle with depression and how he turned to drugs during his darkest times.

“I had everything – money, fame, glory, good looks. I had it all, everything a man would ever want but yet it didn’t mean anything, I wanted to die on a daily basis,” Fury told the Breakfast Club.

“Material goods are only good for when things are going right in your life… you can have everything in the world and feel like s*** on a daily basis because no one can see inside the mind.

“I wouldn’t wish it on my worst enemy, mental health has to be the biggest enemy I’ve ever, ever, ever fought with, more than any opponent.” 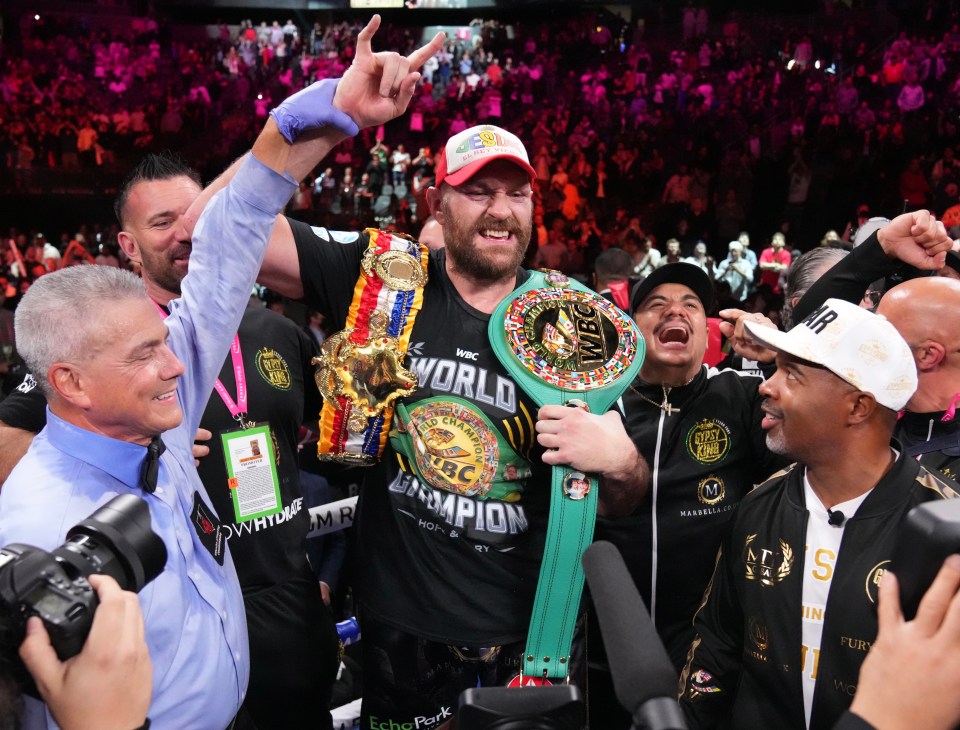 Fury is the WBC heavyweight champion

Fury returned to boxing after a two-and-a-half year hiatus in 2018 and two years later he became the WBC heavyweight champion.

The COVID-19 pandemic hasn’t helped his plans to be active, but after completing the Wilder trilogy last year, Fury is now planning on defeating his mandatory challenger – Whyte – and moving on to an undisputed title fight, possibly against either Anthony Joshua or Oleksandr Usyk.

Head over to YouTube for more of talkSPORT’s dedicated boxing content where you will find exclusive interviews with the likes of Tyson Fury, Eddie Hearn and Jake Paul, plus our very own boxing insider.

Academy Bus to pay $20.5M after being accused of defrauding NJ Transit for years