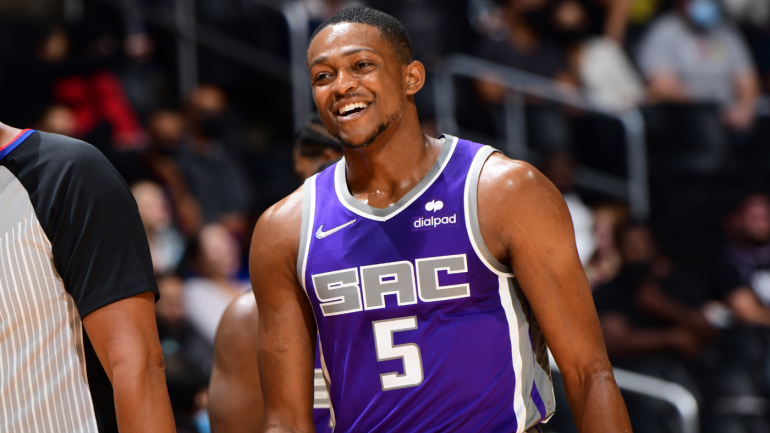 The Sacramento Kings do not expect to trade point guard De’Aaron Fox by deadline, reports The Athletic’s Shams Charania. Fox has been linked with both the Philadelphia 76ers in a possible deal for Ben Simmons and the Indiana Pacers in a trade for Domantas Sabonis, but The Athletic reports that at least one Sabonis trade with Fox will not go ahead.

Instead, the Kings are reportedly planning to build Fox and Tyrese Haliburton, the sophomore guard. The kings spoke to Fox and his agency and informed them that, according to Charania, they do not intend to trade him. Fox is in the first year of a five-year deal.

The Kings, in the mid-16th year of their playoff drought, are currently ranked No. 11 in the Western Conference and the Fox-Haliburton duo have struggled together this season. In 853 minutes with both down this season, the Kings have been topped with 5.3 points per 100 possessions. Fox, who posted a career-low 25.3 percent behind the arc, fits oddly alongside another guard who needs the ball in his hands, and Haliburton hasn’t made much statistical progress after an impressive rookie season.

Recent NBA history has taught us never to say never when it comes to blockbuster trades. Should the right deal materialize, the Kings wouldn’t hesitate. But for now, Sacramento appears to have decided against actively buying its young point guard. Barring a surprise offer by the deadline, he’s likely to end the season as king.

Four decades ago, people avoided the art of Melvin Irons “like the plague.” An Atlantic City historian pulls it out of the basement. | local news