Jamie Dornan Reveals The One Movie That Makes Him Weep, Talks Growing Up In The Industry With Eddie Redmayne & Andrew Garfield

The final instalment of W Magazine’s 2022 Best Performances Portfolio, honouring the stars at the forefront of cinema, is here.

Jamie Dornan, Jonah Hill, Zazie Beetz, and Jodie Comer are among the celebs featured, with Dornan talking about the one movie that makes him cry and what it was like growing up in the industry with fellow actors Eddie Redmayne and Andrew Garfield.

The “Fifty Shades” star says of his initial reaction to the script for “Belfast”: “In ‘Belfast’, I play a dad, and there was a moment when I read the script where I thought, I’m a young guy—I’m not ready to play a father!

“Mind you, in real life I do have a wife and three daughters, but my kids in ‘Belfast’ are a bit older than my actual children. Then I realized that I was playing a version of [writer-director] Sir Kenneth Branagh’s dad, and I felt better. I also grew up in Belfast, and I wanted to make the city proud.”

Dornan adds of the movie that makes him cry: “’Philadelphia’ gets me every time. I had some friends around to watch it, and I gave out tissues at the start of the film. I was weeping, and my friends just stared at me; their eyes were dry, while I was sobbing.”


READ MORE:
Jamie Dornan Opens Up About Losing His Dad To COVID: ‘It’s Been The Worst Year Of My Life’

He also talks about starting out in the industry alongside pals Redmayne and Garfield: “We never felt like it was a competition. We’d audition for the same roles sometimes, and we’d even help one another prepare. Somehow we all found our way and managed to stay friends.”

Hill then discusses his recent movie “Don’t Look Up”, in which he features alongside a star-studded cast that includes Leonardo DiCaprio, Meryl Streep, and Jennifer Lawrence.

He shares of how he got involved with the much-talked-about flick, “…I’ve always been a fan of the director, Adam McKay. He made ‘Step Brothers’, which is a modern masterpiece and should be in the Smithsonian. He wanted me to play this part where Meryl Streep is my mom! We’d all been stuck in our houses because of COVID, and I was lonely and bored, and I felt like, Wow, what a depressing time.

“COVID was horrific, but it did make me reprioritize the value of being irreverent and funny. I thought, We should all just laugh! While in lockdown, during the making of the movie, Leonardo DiCaprio and I decided to live together in Boston. We couldn’t go to restaurants, so we lived in a house together and watched tons of films.” 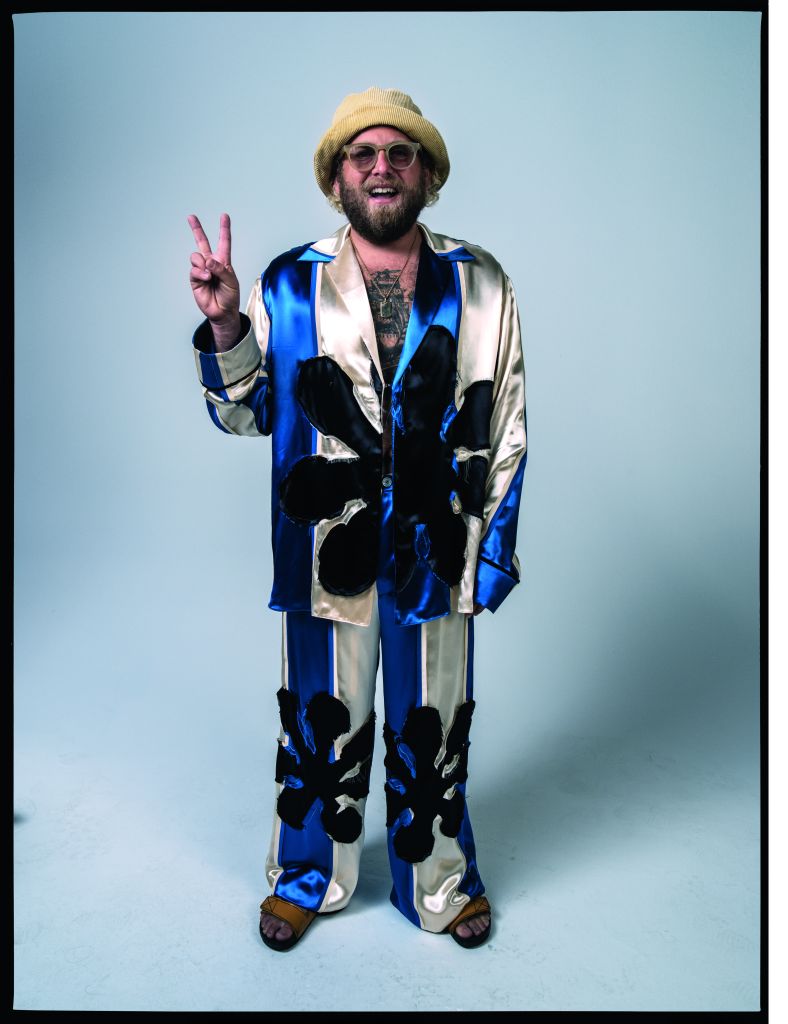 Hill says of the decision for his character Jason Orlean the son of the president, to carry a Birkin: “He’s in a suit because he works in the White House, but I gave him a Birkin because he’s kind of emulating his mother. A lot of these people worship their dads, and I thought it was cool that he worships his mom. He always calls his mom a ‘total rock star.’ Isn’t that awesome?”

The actor then speaks about the first time he saw his name on a billboard: “I lived in an apartment near Canter’s Deli, in Los Angeles, and there was a ‘Superbad’ billboard above my little-a** apartment. Every day, I would walk to Canter’s to get sandwiches, and no one knew who I was but there was a billboard with me on it right there! It was nuts. I kind of got this vibe like, whoa—s**t’s about to be really… different.”

Elsewhere in the instalment, Beetz talks about how being named after a character in a film inspired her acting career: “My name comes from a book and a film called ‘Zazie dans le Métro’. I grew up with the movie. My father saw it and suggested the name to my mom. Because of my name, I lived in Paris for a year and studied French. But theatre was always a through line for me. I thought, I can’t not give this a try.”

The actress adds of the impact her hair has had on her career and her identity: “My mom never let me straighten my hair, even though I always wanted to. I think that allowed me to do this work with my natural hair. Initially, I was told to hide it, to make it smaller, to make it ‘CBS,’ so I could show up on a procedural TV show. And I did that for a while. Then I just stopped. Now people ask for my hair to be big, which is a great transition. But lately, I’m actually like, ‘Let’s do something else. I’m bored with the shape and want to play.’” 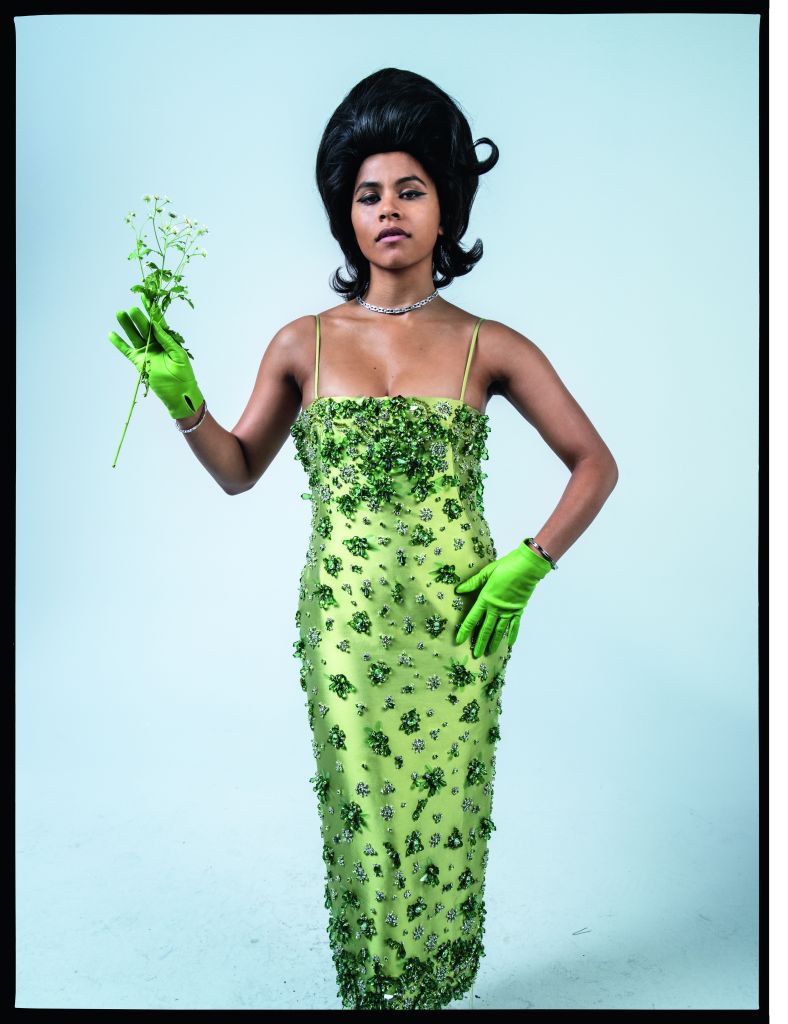 Plus, Comer talks about the unique costumes she wears as Villanelle, the assassin in ‘Killing Eve’: “When I first read that she was a Russian assassin living in France, I thought, Oh no, they are going to have her scaling walls in seven-inch heels. They were like, ‘No, because that doesn’t make any sense.’ Instead, I wear really tight, age 12 boys’ pyjamas.”

She shares of the one film that makes her cry: “’Billy Elliot’ definitely makes me cry. Recently, I watched ‘CODA’, which really moved me. And, of course, I’m an ugly crier. I only want to hang out with the ugly criers. I don’t want to know you if you’re a pretty crier.” 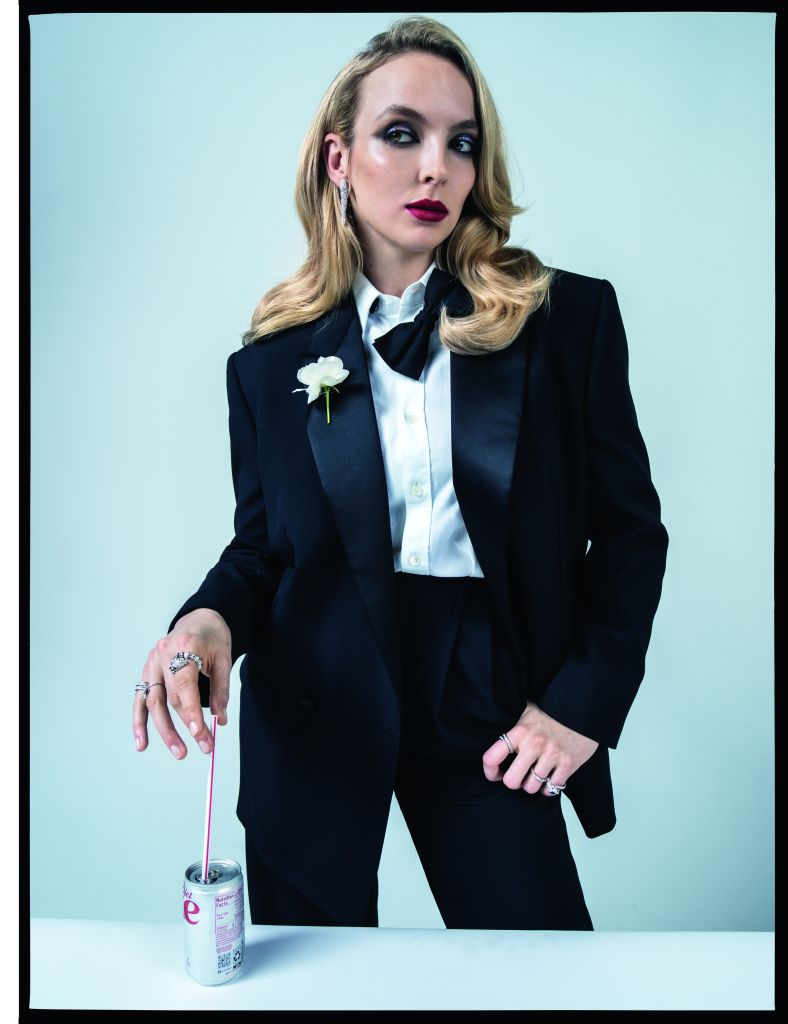