The lights turned on at the Huntington Beach High pool deck around the start of the fourth quarter, seemingly setting the stage for a dynamite ending.

It seemed to have almost everything, including lead changes late. But Huntington Beach somehow managed to strike last.

Huntington Beach avenged a 10-5 loss to Edison in the teams’ first meeting. Both teams are now 4-1 in league with one match remaining, and they appear destined to split the league crown.

That would be the Oilers’ fourth straight league crown, while Edison would earn a share of just its second league title in program history. The first came in 2002.

“It was scary,” said the Loyola Marymount-bound Zaretskiy, a four-year varsity player for Huntington Beach. “I had never lost [league] to Edison in my four years, so I didn’t want to be the senior class that ruined that. “We came back today and proved that we’re better … We had our whole team together and we had a lot of practice.”

Edison’s Lily Larson (24) turns and shoots for a goal as Huntington’s Hana Homma (4) tries to defend during a girls’ water polo match on Wednesday.

Edison, the top-ranked team in CIF Southern Section Division 2, was within possession of staying undefeated in league. Senior Lily Larson, who matched Zaretskiy with four goals on the night, scored from about 6 meters with 1:11 left in regulation, giving the visitors a 5-4 edge.

But Huntington Beach sophomore Marley Garwick scored the match-tying goal with nine seconds left in regulation. That sent it to overtime, only after Edison senior goalkeeper Madie Ambrose, who shined all match long with 18 saves, had a shot go bar-out from mid-tank at the buzzer.

“I was just sitting there by myself [during a timeout prior to my goal],” said Garwick, a defender who had a match-high four steals and two field blocks. “I was in my head. I was trying to stay out of my head, because I know when I get in my head, I get all screwed up and it throws me off. But once I got out of my head, I realized the bigger picture … I was like, ‘If you make it, you make it, and if you don’t then I don’t want to think about it.’” 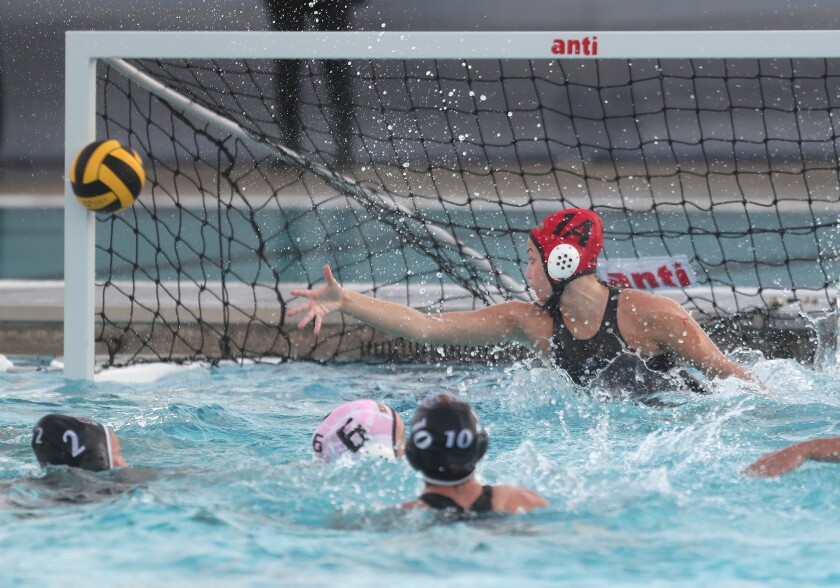 Edison’s goalie Madilyn Ambrose (1A) deflects a shot that goes off the side post during a girls’ water polo match against Huntington Beach on Wednesday.

The Oilers then survived two outside shots from Ambrose in the final minute, getting field blocks by Callender, then Zaretskiy. 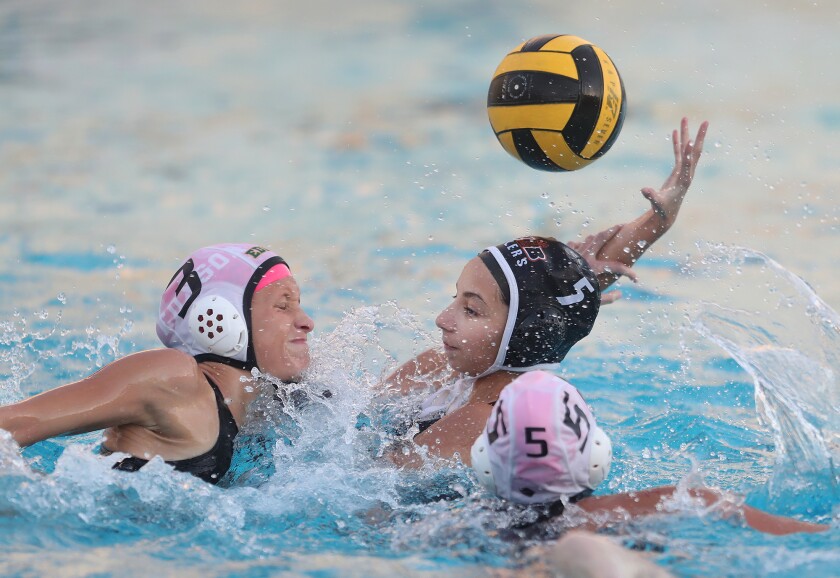 Edison’s Julian Van Gemert (3) knocks the ball free from Huntington’s Tati Gasparre (5) in the act of shooting during a girls’ water polo match on Wednesday.

Edison also got goals from Lily Worley and Bridget Angelovic.

Edison coach Nick Graffis said he definitely enjoyed the atmosphere of Wednesday’s match, even despite the result, and he knows his players did as well.

“That’s the first thing I said to them,” Graffis said. “You look back in time and you’re thinking about your senior year, you’re going to remember games like that more than you remember [blowout] games.”

Support our sports coverage by becoming a digital subscriber.

Can Professional Sports Offer Diversity And Inclusion Insight For All Industries