Cookie fans across New Jersey have named their cookies the best chocolate chip cookie in the state. Eat This, Not That says their brownies are the best in state. And last December, Drew Barrymore invited her to their daily show to talk about their cookies.

“It was exciting and nerve-wracking, but it was really fun. She was really nice. And at the same time it was a good experience for Baking Mama, so that people also know that we were still little but also have good baked goods, ”Tina told the Asian Journal.

On Hudson Street, a few blocks from the PATH train into town, the little mom and pop bakery has healthy foot traffic. Well, until the pandemic happened in 2020.

“We were all scared. We didn’t know what to do, ”shared the couple. 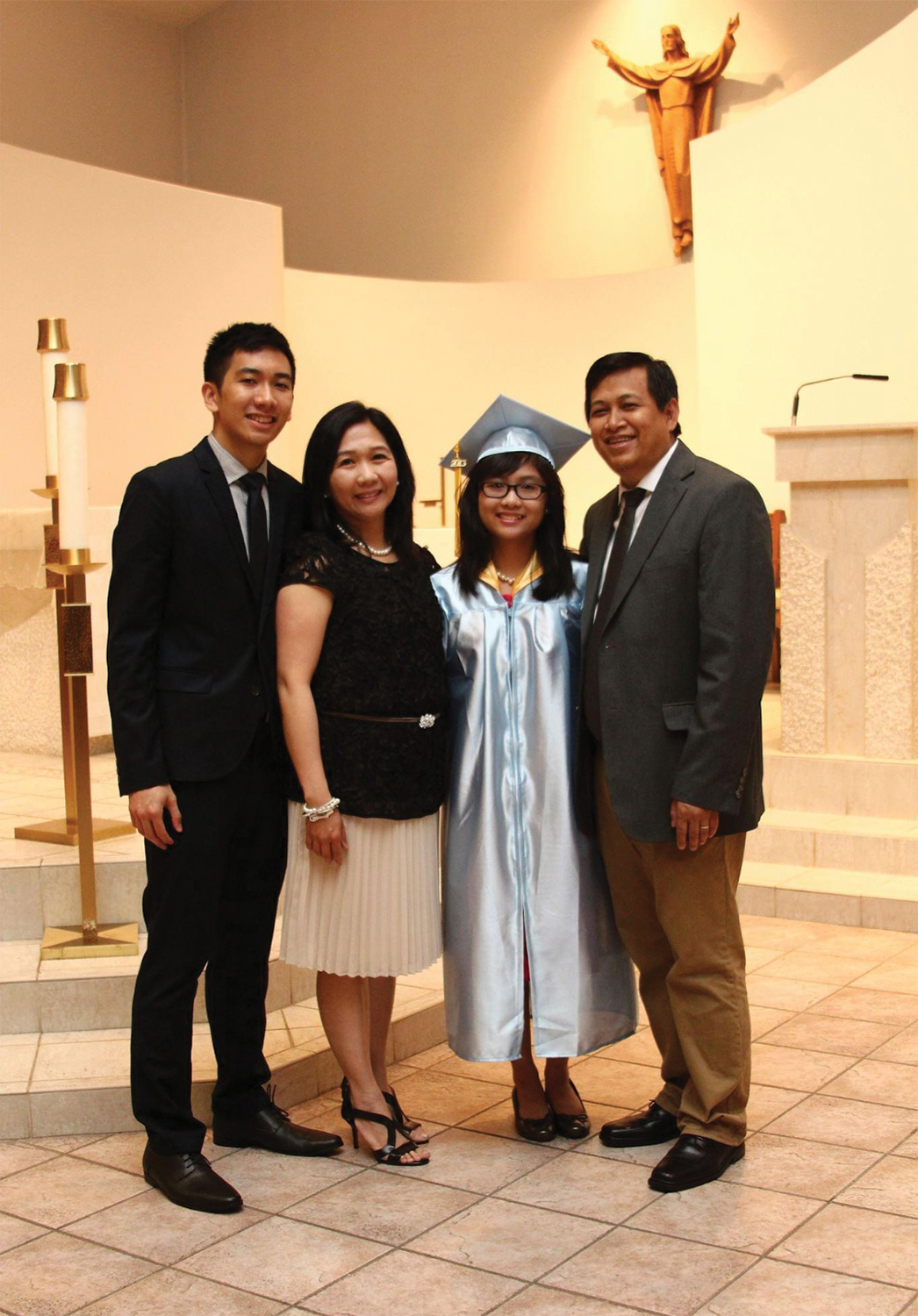 Dominic and Tina’s family helped keep the business afloat in the bakery during the pandemic. Contributed photo

There was a point where Dom and Tina and their children were all working to keep the business afloat when neighboring stores gradually began to close and the order volume dropped dramatically.

Then the stores slowly reopened and business picked up again.

“I think it’s the vibrant Hoboken community that really helped us through the pandemic,” Tina said. “People ordered small cakes, cupcakes for their celebration. I think they also wanted a semblance of normalcy. “

Tina is also grateful to her landlord for giving them a break from their rent and for receiving a small grant from a private company to support their business.

A hobby turned into a passion

Tina started baking as a hobby, even at home in the Philippines. She recalls taking classes at Sylvia Reynoso Gala and Chocolate Lovers in Cubao to learn more about baking and pastry.

When she gave birth to her son 27 years ago and she had some downtime, she had more time to bake. She did the same in her new life in America, baking for family and friends, and sometimes bringing her baked goods to church.

The hobby became a passion that she made on the side during a full-time job at the company. They started going to fairs and markets and showcasing their French macarons.

By this point, the couple’s son was already a college student at Stevens Institute of Technology in Hoboken, and one day the couple passed a place that looked perfect for a small bakery. You have made a great leap.

That was five years ago.

Today, Baking Mama is doing fine despite the minor hiccups from the pandemic. You are slowly winning back the steady stream of customers, similar to what happened before the pandemic.

Dominic and Tina have even got a second location that they use for private parties and small workshops for mothers and their children who want to learn the basics of baking.

Not bad for a bakery that they initially thought was all about French macarons. Then people would ask if they have cupcakes and cookies too. Tina listened to the wishes of the customers and her small bakery developed. 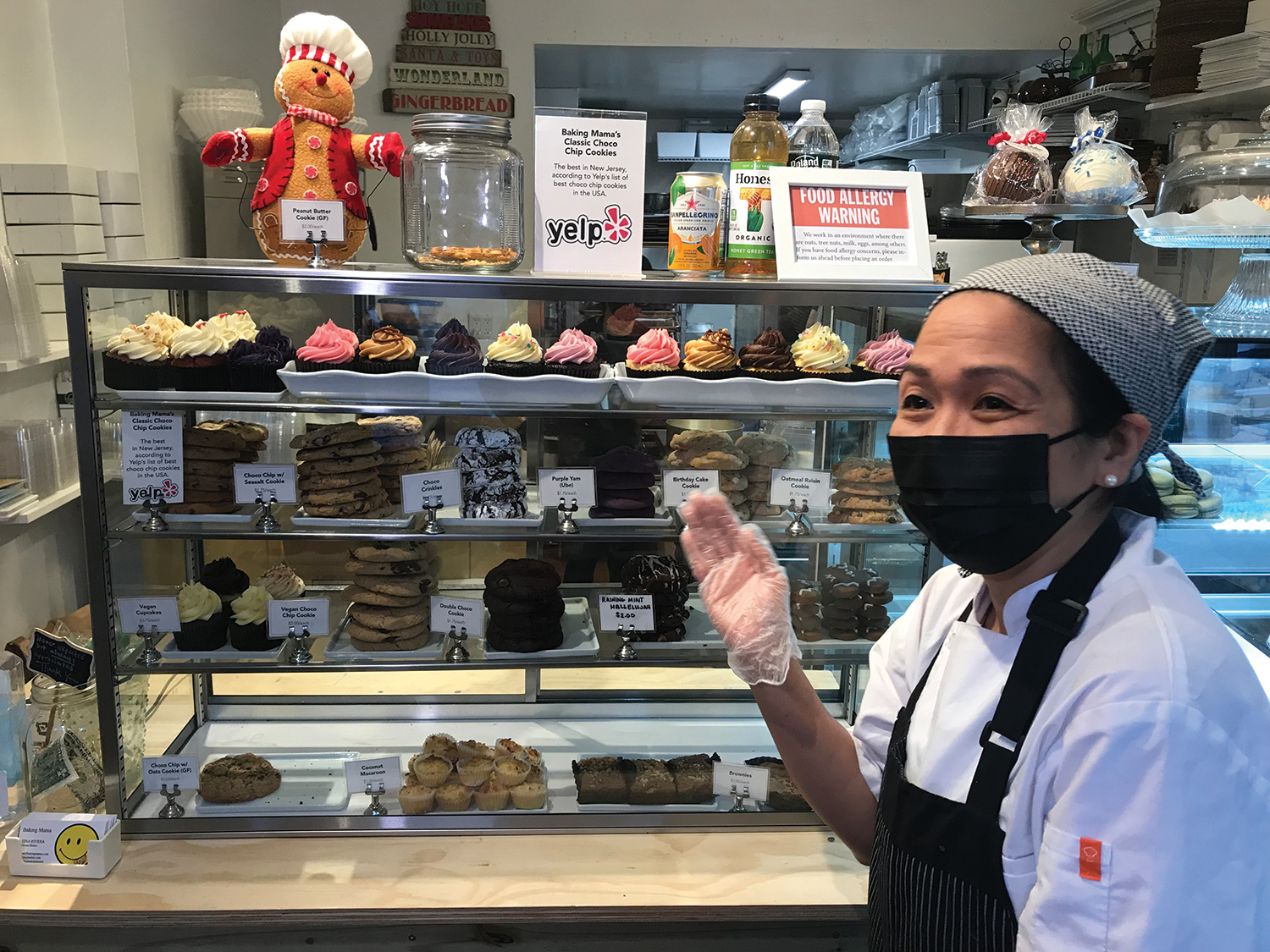 When asked about the secret of why her classic chocolate chip is New Jersey’s favorite, Tina said there were no secrets.

Having her own bakery gave Tina the opportunity to showcase a bit of her Filipino culture and she did so by showing off her Ube biscuits, Leche flan and Ube Leche flan. Occasionally they make other Filipino specialties like cassava cake and brazo de Mercedes. 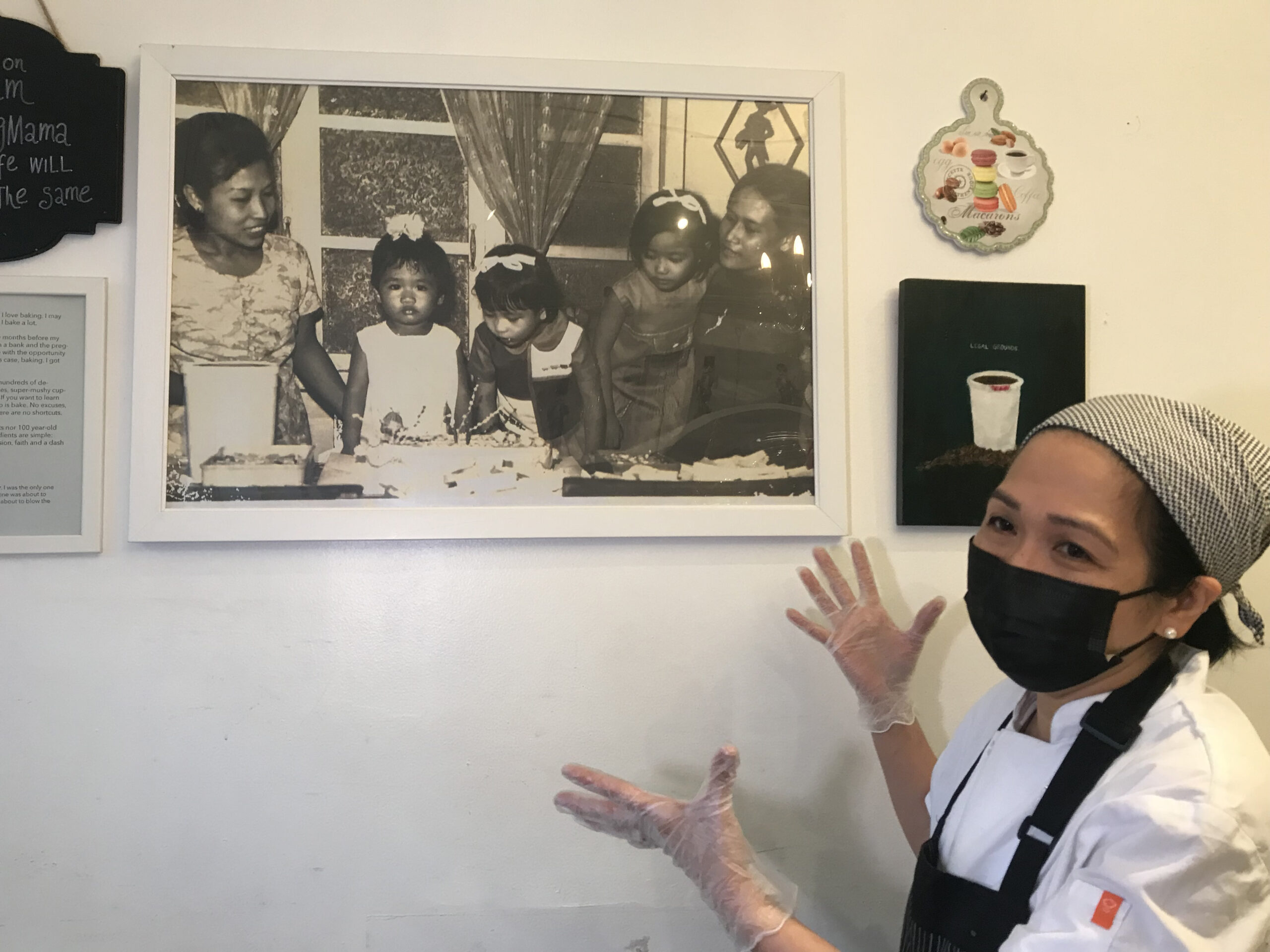 Tina’s passion for baking dates back to her youth in the Philippines. This is where she gets sentimental when she explains why she is exhibiting an old birthday photo in the bakery and says that cakes have always been part of family celebrations and milestones. AJPress photo by Momar G. Visaya

Last week Tina introduced her version of Silvanas, a delicious treat made from cashew meringue waffles with a buttercream filling. She said it was one of her favorite sweet treats from her childhood in the Philippines.

Over the past six years, the Rivera couple have learned several lessons as they navigated the world of small business.

She added that she also learned to be kind to everyone, even if some of them are not kind to you and even to the people who say they are angry for selling their macarons for $ 2.50 apiece to sell.

Dominic repeated what Tina had said, remembering an old man from the neighborhood who spoke to him in front of the bakery a few weeks after it opened.

Momar G. Visaya is the editor-in-chief of the Asian Journal. You can reach him at [email protected]