Jerome Hayes has only been the head football coach at Bayonne High School for a few days, but he has already experienced it, as he put it, “a whirlwind of emotions,” about the opportunity to return home and coach at his alma mater.

“I’m just extremely proud to have the opportunity to come back here to the city I love, the school I grew up walking the halls and really learning how to hone my skills as a football player,” said Hayes, a 2005 graduate who went on to play at Penn State. “Just the feeling of love from the community members, the board members, the administration here, all of the athletes that have reached out to me thus far, it really is a blessing man and I’m so pumped to get started.”

Hayes, 35, was formally appointed as the Bees’ new head coach during Tuesday’s Board of Education meeting. He replaces Dwayne Williams, who was controversially let go after one season where Bayonne went 4-5 and saw its season end after a fight in the team’s regular season finale against Barringer.

“I see a strong, resilient group. I see a group that’s wanting to win,” Hayes said. “They want to build off of the success and the cohesiveness that they had last year. They feel they have a really good team with a lot of great athletes. I’m really looking forward to getting the whole collective group out there.”

For the past three years, Hayes has been a running back/linebacker coach at West Orange under Darnell Grant. During those three seasons, West Orange went 20-9 and Hayes intends to bring the same culture Grant brought there back with him to Hudson County.

“To sit back and watch (Grant) change young men’s lives, almost on a daily basis, it really inspired me,” Hayes said. “The culture he’s created. It’s a winning attitude, it’s infectious, it permeates throughout the hallways at West Orange and that’s ultimately what I’m trying to build here.”

Hayes is confident he can bring that type of success to Bayonne because he remembers when the Bees were viewed as one of the state’s top public school programs. As a sophomore, he was a key member of Bayonne’s 2002 North 1, Group 4 title team which defeated Hackensack in the final. He was an assistant in 2011 when the Bees stunned Westfield in the state playoffs to reach the semifinals for its first tournament win since 2002.

Hayes knows that in addition to the returning talent in the building that there is a strong group coming from eighth grade. Among that collection of eighth graders is his son, Jerome Jr.

While Hayes called leaving West Orange “one of the hardest decisions I ever had to make,” the thought of coaching his son was one of the things that made it clear that it was time to return home.

“To have the unique opportunity to run out of the tunnel and seeing him wearing that maroon and white jersey, I’m not going to lie, I get emotional every time I think about that moment where he runs shoulder to shoulder with me,” said Hayes, who also has sons ages 6 and 2. “I’ve watched him and his youth league teammates battle since they were six years old. Now I go from a parent in the stands to having the opportunity to coach these kids. I can’t begin to tell you how proud I am.” 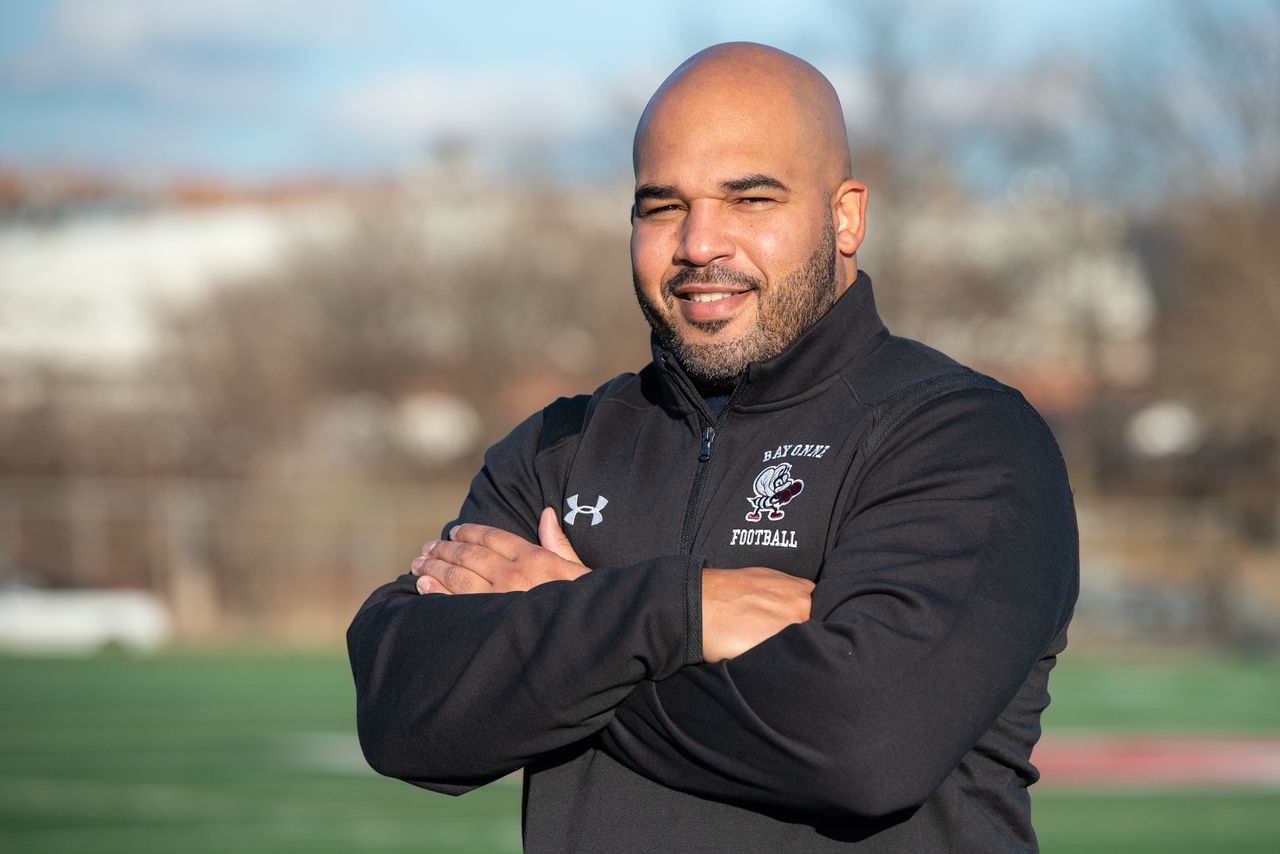 Thank you for relying on us to provide the journalism you can trust. Please consider supporting NJ.com with a subscription.

Have actors use unique props for play