Berkeley hotels have a lot to offer locals

The roof deck at the new hotel, Aiden by Best Western, at University and Sacramento, is open to both hotel guests and community members. Credit: Kelly Sullivan

This story is brought to you by the City of Berkeley’s Office of Economic Development.

Berkeley’s wide array of hotels offer more than just a bed to this city’s more than 2 million annual visitors. From turn-of-the-century details to modern rooftops with stunning bay views, each offers travelers a unique Berkeley experience. The new 17-story Residence Inn by Marriott in downtown Berkeley joins a variety of Berkeley hotels that offer visitors — as well as locals — comfortable, stylish places to gather along with opportunities to experience and connect with Berkeley’s history, flavors and character.

Visit the rooftop deck at Aiden

Aiden by Best Western @ Berkeley, which opened on University Avenue in April 2021, is the first in California of Best Western’s new collection of hotels branded as “Cool. Edgy. Chic.” Each franchise — there are only five so far in the United States — aims to appeal to design-savvy travelers and embody the spirit of its local neighborhood.

To bring a taste of Berkeley into the hotel and ensure a connection with the surrounding community, General Manager Jeroen Buiks has incorporated local brands, hires from within the neighborhood, and rents or donates rooftop space to local organizations. 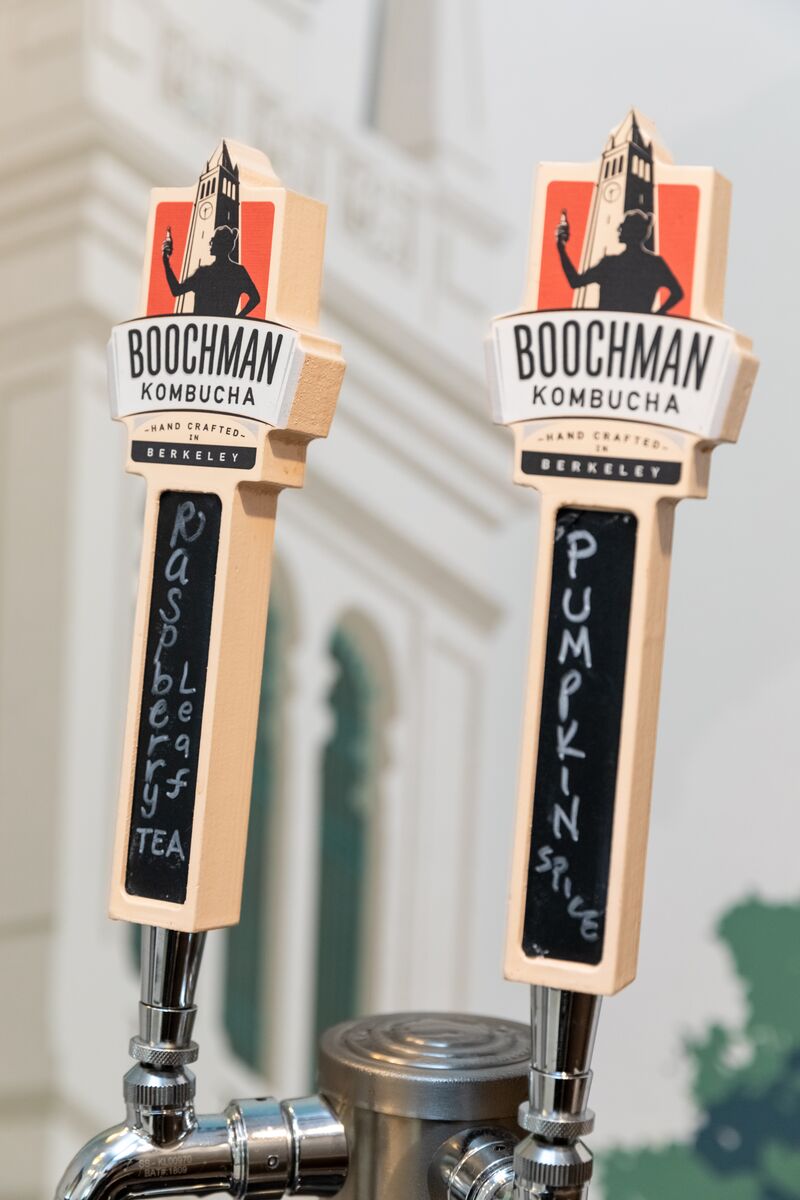 Kombucha on tap at the Aiden. Credit: Kelly Sullivan

“Our pride and joy is the rooftop,” Buiks said, and it’s not hard to see why. Heated seats, fire pits, cornhole and a TRX resistance setup for the fitness-minded are backed by gorgeous views of San Francisco Bay and an uninterrupted look at the Golden Gate Bridge.

In the lobby, find coffee from West Berkeley’s Uncommon Grounds and kombucha on tap from University Avenue neighbor Boochman Kombucha. Take a peek outside a window and you’ll find planters bursting with native plants.

Just a few blocks east of downtown Berkeley, Aiden’s central location at University and Sacramento sets guests up for a full day of exploration in any direction, using free bikes available in the lobby. Beyond easily walking to UC Berkeley’s campus, travelers can venture two blocks to North Berkeley BART and the Ohlone Greenway trail, or west to the Bay Trail. And after a long day, there’s no need to stray far for dinner: There are 10 restaurants within two blocks of the hotel. 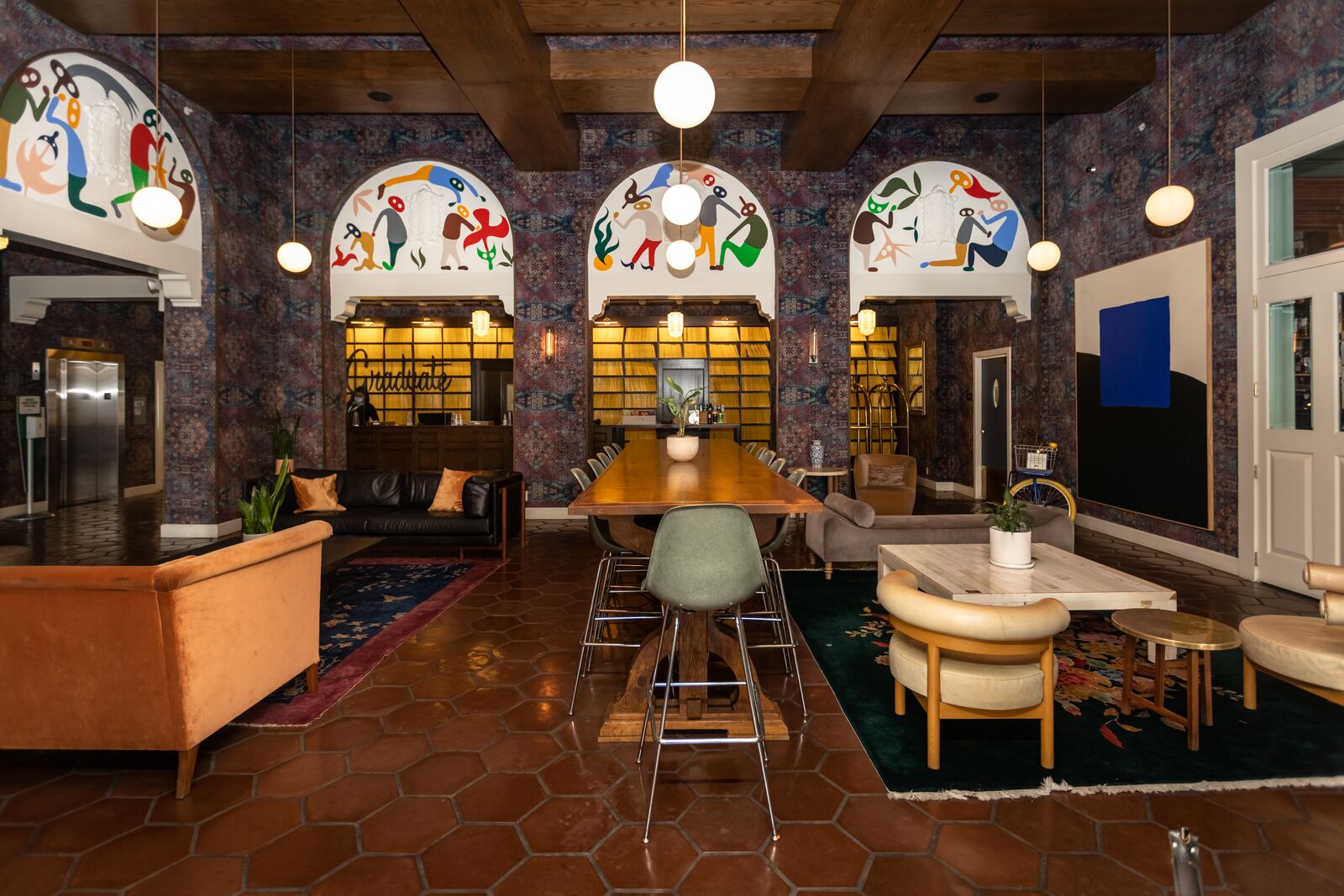 Just a block from the UC Berkeley campus, Graduate Berkeley — which replaced the Hotel Durant a few years ago — is a boutique hotel that, like the rest of the Graduate Hotels brand, uses its recently upgraded space to engage with the university and local community. Inside the front doors on Durant Avenue, the airy lobby features a golden wall of thousands of National Geographic magazine covers — because that signature yellow is an exact match for UC Berkeley’s gold, said general manager Christine McDermott. 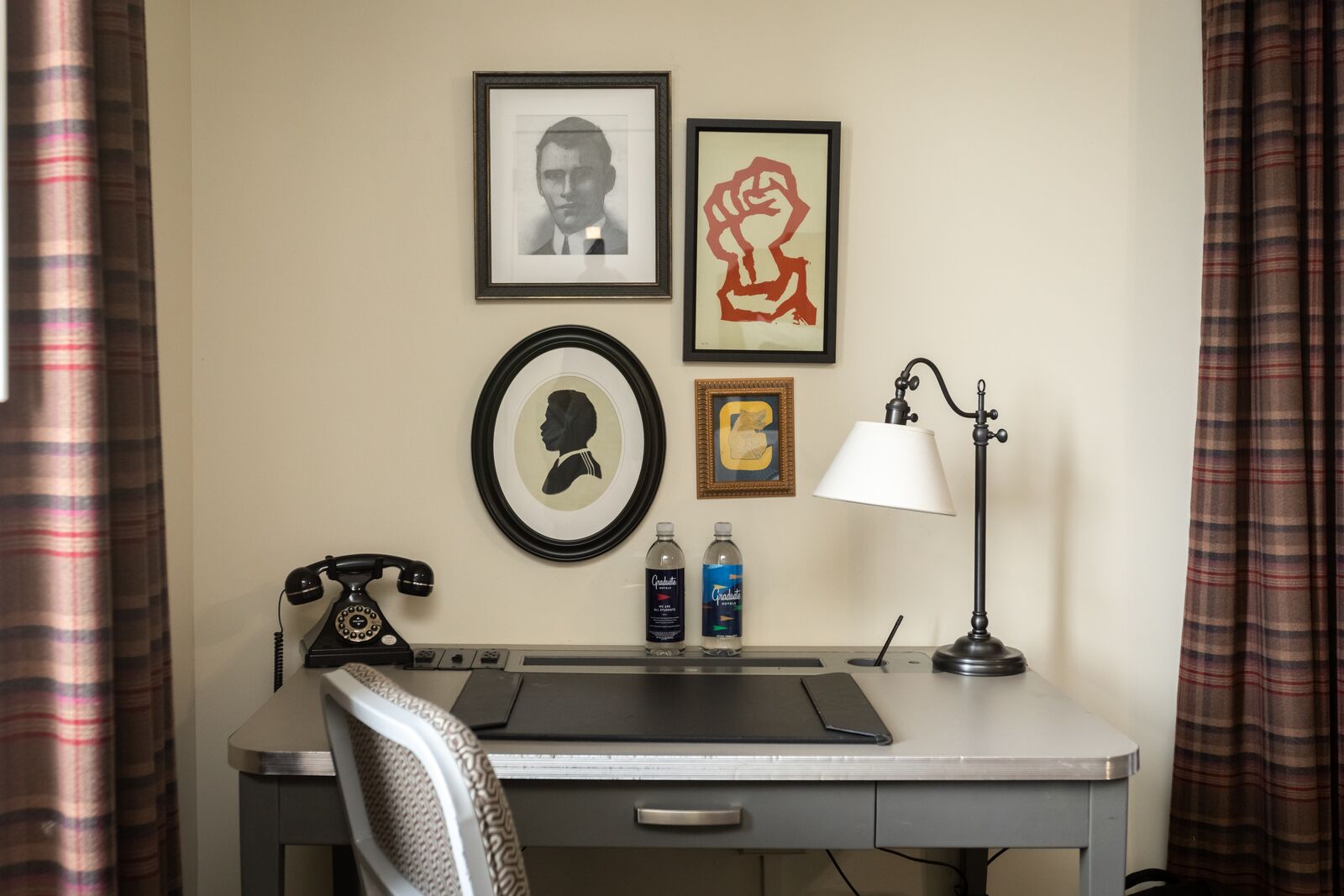 Other nods to Berkeley’s history, both as a university town and a countercultural icon, are sprinkled playfully throughout the hotel. A colorful portrait of Marshawn Lynch, who played football for Cal before going pro, grins near the elevator. A silhouette of comedian Richard Pryor, once a Berkeley resident, hangs in each room near a lamp modeled after a bong — a “nod to the ’60s,” McDermott said.

The Durant Room fills the front end of the hotel, where plush seats and wide windows overlook the Southside neighborhood. A perfect place to people-watch — or eat takeout from a vast array of nearby restaurants along Telegraph Avenue — this space also serves as an extension of the hotel’s own restaurant, Henry’s. Before the pandemic, Graduate Berkeley partnered annually with Cal Student Services to host a Thanksgiving meal for students who couldn’t make it home for the holidays. And during tailgates for home football games, hundreds of fans come to celebrate, said McDermott — even fans of the opposing team. “It’s something like you’ve never seen,” she said.

For those enamored with Graduate Berkeley’s quiet charm, the hotel is one of the few in the area to offer discounted longer-term stays beyond 28 days and offers a discounted rate to UC Berkeley alumni and family visiting.

Find a jewel downtown at the Hotel Shattuck Plaza 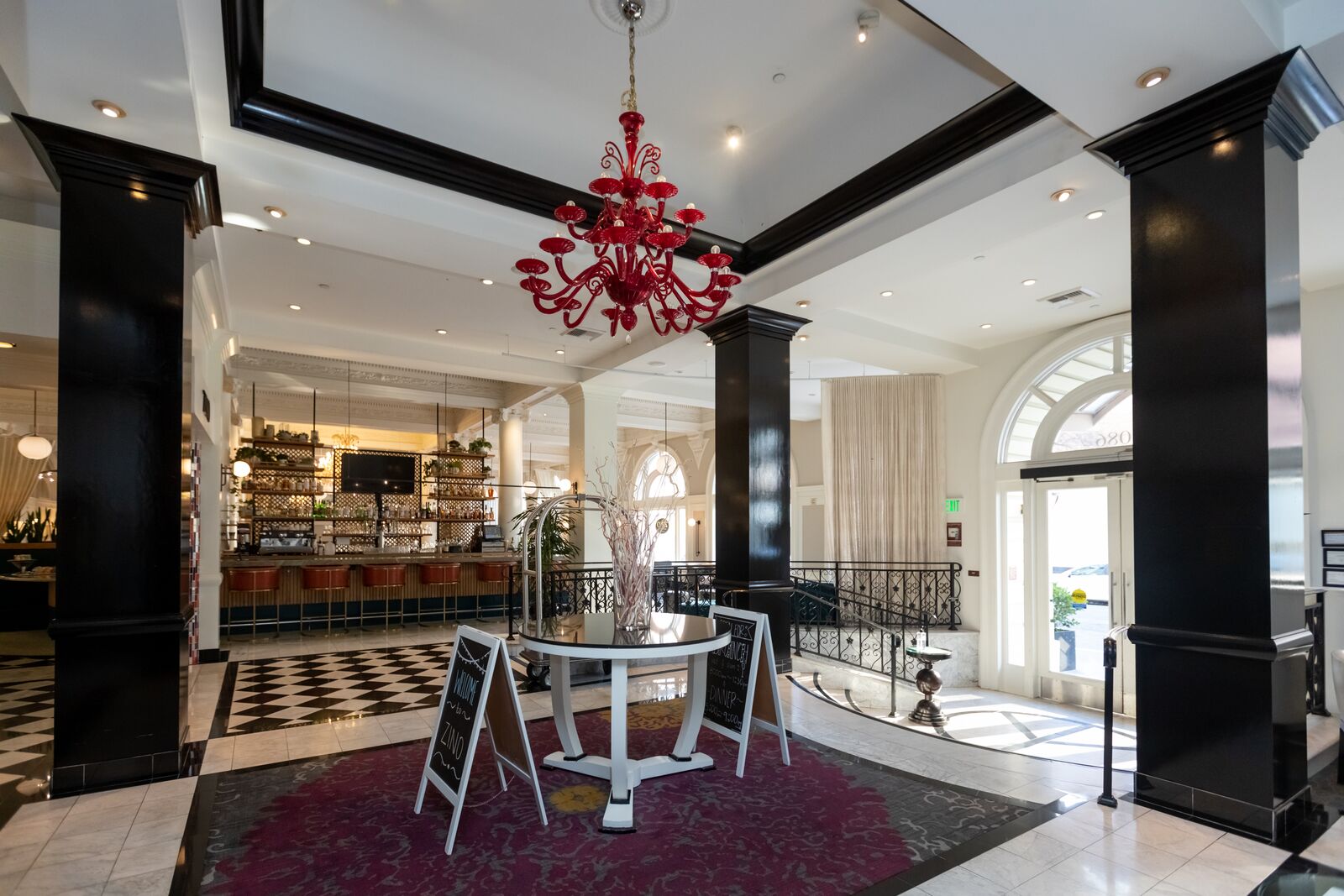 The contemporary, chic vibe isn’t limited to Berkeley’s newer hotels. One of Berkeley’s first hotels, Hotel Shattuck Plaza downtown features present-day, environmentally conscious updates alongside original, turn-of-the-century touches. Completed in 1910 by the family of prominent civic leader Francis Kittredge Shattuck, it is now run by BPR Hotels, an independent, family-owned business. Visitors to the hotel come for “an experience,” said General Manager and Regional Director of Operations, Dell Dellinger. “As soon as you step into Hotel Shattuck Plaza, you will start a journey through time that encompasses both luxury and elegance.” 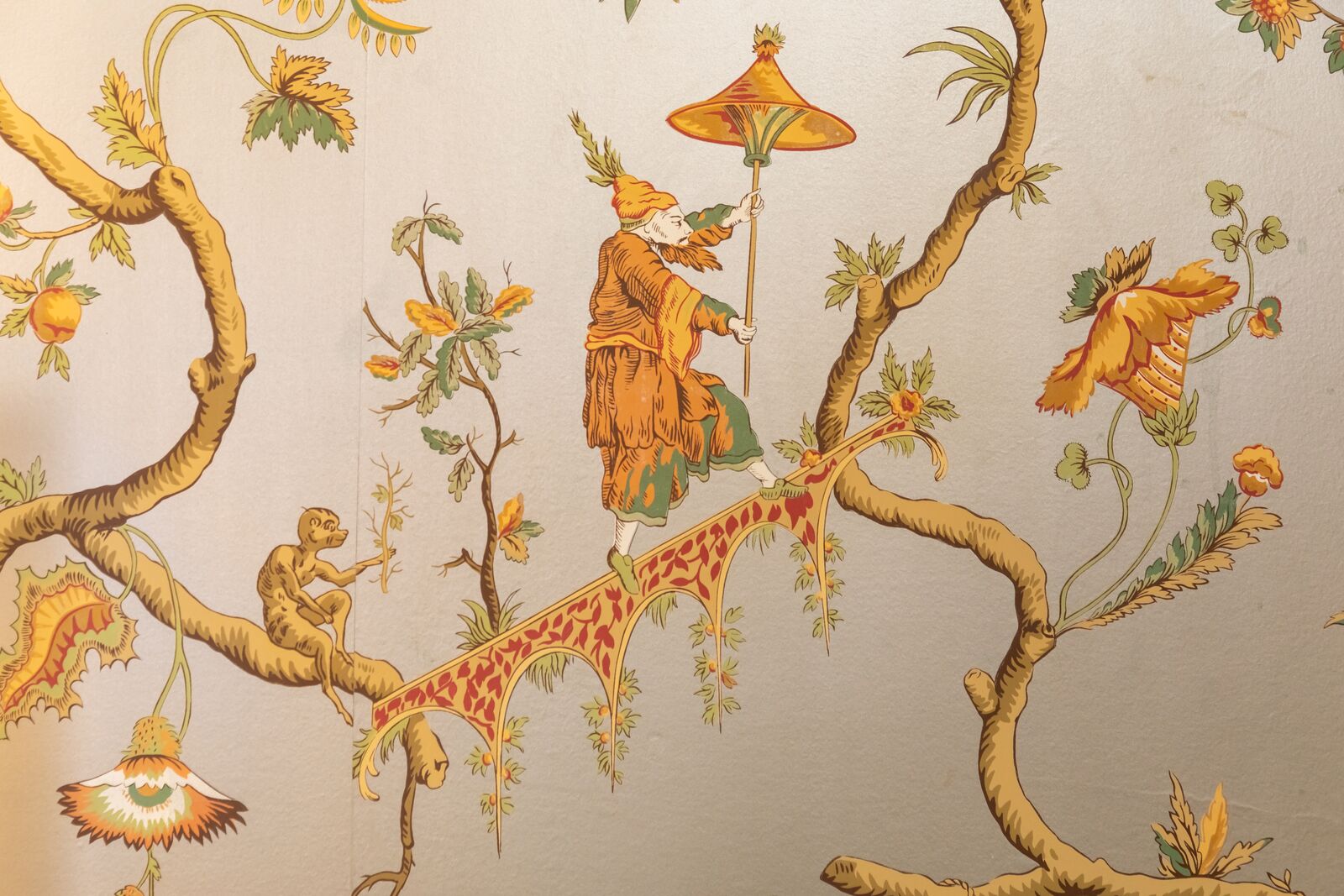 Operating with the tagline “history reimagined,” the hotel has been a city landmark since 1987 and, like the nearby Berkeley City Club, is listed on the National Register of Historic Places. Restored 1910 chandeliers grace the lobby, along with historical newspaper clippings and photographs. The original wallpaper still adorns the presidential suite. Built in the years following the 1906 earthquake and ensuing fires that devastated San Francisco, the hotel’s original reputation was as the first fire-resistant hotel in the Bay Area, constructed from reinforced steel and concrete. 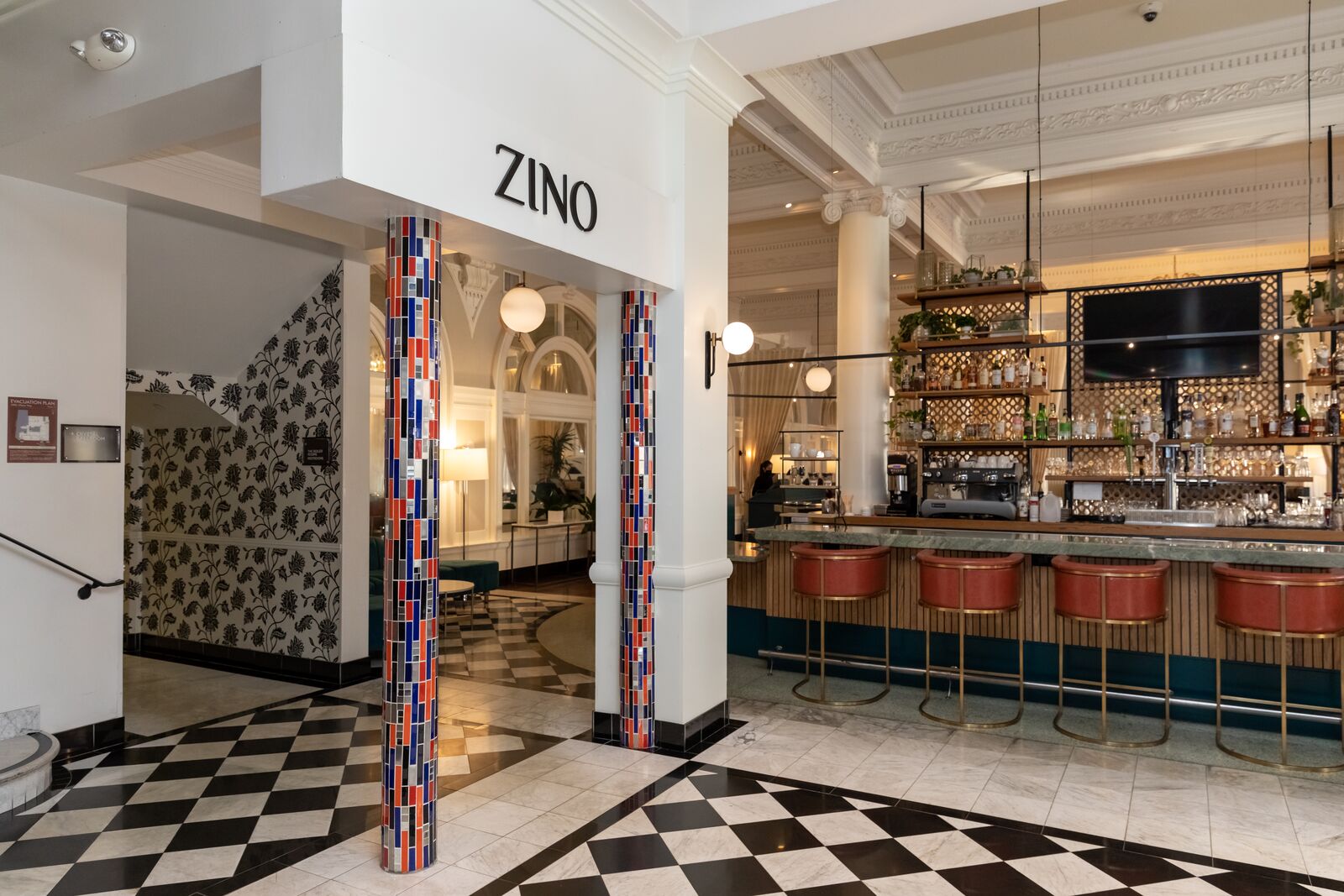 This story was paid for by the City of Berkeley’s Office of Economic Development. The office helps new and established Berkeley businesses build strong connections to the community, navigate local policies, find affordable financing and real estate — and become more sustainable. During the pandemic, OED staff are helping entrepreneurs, artists and community organizations maintain business continuity and plan for a brighter period ahead.

Inside the North Carolina Music Hall of Fame with Larry Sprinkle